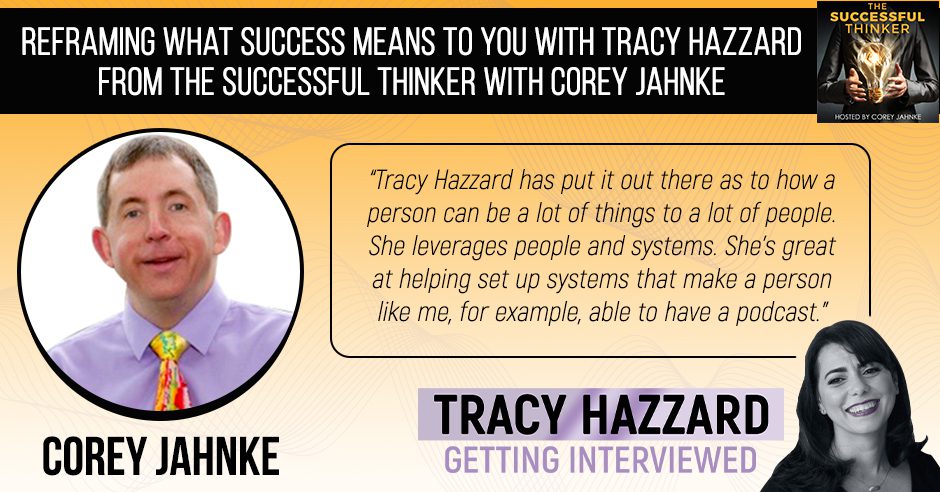 Success is a process, not an end-goal. This is what Tracy Hazzard, Authority Magazine and Inc. columnist, believes, proving that having the mindset to continue looking at success as a journey full of constant improvements makes not only your business better but your whole life as well. She joins host, Corey Jahnke, in The Successful Thinker podcast to dive deeper into what success means to her and how we can reframe it to live the life we want. Tracy also takes us into her product development process and content strategy, as well as what it is like working with her family at Podetize while still maintaining that quality time with them.

What you’re doing is you’re approaching life from a success orientation. How can we make things better than when we found them? That must be really a core value for you. To give us a context of what your values are, can you tell us what the word, success, means to you?

It’s not an end goal. I think that’s part of why I look at that as different words. I think it has such a powerful meaning because, for me, success is a process onto something. It’s not an end goal in and of itself. It has such different meaning for every person out there. To me, if I’m energized, if I’m excited about what I’m doing, if I feel I’m in my element, that’s successful. It’s not about money, it’s not about having a house and it’s not about any of those things. Some of the times that I’ve felt the most successful were something I did for free. I come off of it and I go, “I just got to do exactly what I wanted. I just got to be exactly who I am and show that off and I just got to live to my full potential.” To me, living up to its potential as a success, that is the same thing with a successful product. We have a product that we call our Platinum Record as if you were an album creator.

If you don’t plan things, if you don’t think about that, then you may miss opportunities. You may not have the cashflow you need. #TheSuccessfulThinker #CoreyJahnke #podcastinterview Click To Tweet

Our Platinum Record is a product that sold for seven years at Costco and it sold for $99. It was an office chair that sold for $99 which is a really inexpensive and hard thing to achieve. It sold for seven years straight and did more than $20 million a year for our client. I consider that absolute success because every single person that bought that loved that chair. They used it, they sat on it and they used it again and again. The chair’s lasted way longer than they should have for a $99 chair. I know I was successful. The success was really, “Why would Costco keep it in if it wasn’t working?” That, “Bought and used again and again,” is my product criteria for success. I think of it the same way. If I’m selling a coaching package, if I’m selling Podetize, if I’m selling any of those things, if it’s bought and used again and again and people rave about it, then I’ve done my job.

A mind in intention and a mind in stress really doesn’t function at its highest ability. I think that’s wonderful. I wonder though at those times when you get really stuck, how do you find the resources or the people or the things that you need to do to keep going? 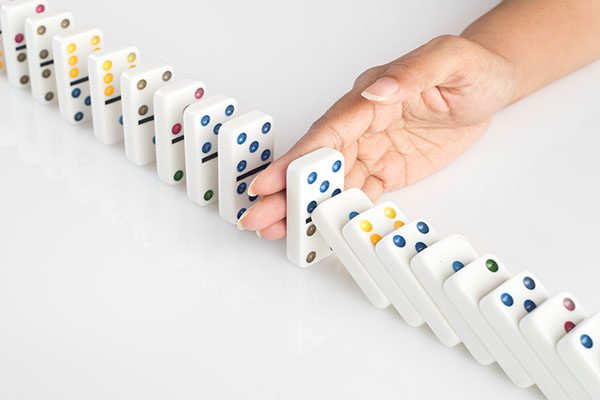 Reframing Success: It’s through failure that you see the possibility for invention and opportunity. If it doesn’t fail, you don’t actually know if it’s going to be good enough or not.

I’m the luckiest woman on earth because my partner is my husband and he is always there and we have great mindshare. Whenever I’m stuck, I know that he’ll be able to pick up and help me see a new perspective. I’m that same thing for him. We consider it co-creating. The really great part is that it’s not a normal company where you have to justify that you don’t have an ulterior motive or that you have to build trust. We’ve been married for 27 years. We trust each other immensely. We have the same path. We’re going in the same direction. When I’m stuck, I can count on a really great perspective that isn’t going to undermine who I am and what I am or be in this position where it’s too vulnerable to admit that and that happens when you’re in an environment like a pharmacy as you’re talking about. You don’t want to admit you don’t know something to your coworkers, but sometimes you have to in order to move through to that next place.

I’m lucky that I can do that, that I can be that person and vulnerable and it doesn’t affect how he sees me as the CEO of this company. It doesn’t change that at all. That, for me, is my place. He’s always my first go-to and we always use that mindshare. It’s also short-hand for us because we’ve been working together for so long that I don’t have to go through the long explanation of how I got to this thought or got this crazy idea. He’s like, “Let’s hear it out.” That’s why that really works well for us, but I find that you have to have advisors. There are just some things that I can’t talk about or we stress our family. I have business things that I have to work out whether it’s how am I going to get more cashflow in so we can grow faster or how am I going to do this? They’re involved in the day-to-day. Doing that, you have to have outside resources. You have to have mentors, people you can go to.

A fast way to gather knowledge is to interview people, to pick their brains, and to get to know them. #TheSuccessfulThinker #CoreyJahnke #podcastinterview Click To Tweet

I have people I trust that I’ve worked with again and again. That’s where I think it’s really important. It’s not you pick up a book and you think, “This person’s a guru.” I don’t believe in that. I believe in results. They may write a good game, they may speak a good game but at the end of the day, if their clients aren’t getting results and if I haven’t gotten successful results from them, that’s not an okay thing. It has to be something that’s completely repeatable with whoever they’re with or admit that this only works for technology companies or this only works for coaches. Be honest about where it works. It doesn’t just work for everyone. “Are you the right coach for me? That’s the question that I’d be asking. Have you been there, done that again and again in my industry or in the area I need you most for? 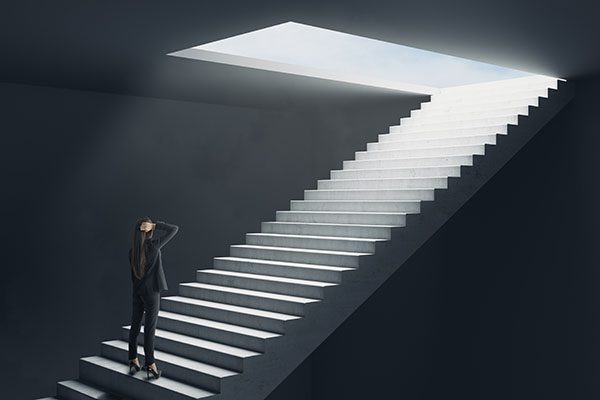 Reframing Success: Success is a process onto something. It’s not an end goal in and of itself. 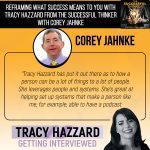 Podcasting Your Brand: Tracy Hazzard from the Transform Your Impact Podcast with Alexa Henderson

Growing And Connecting with Tracy Hazzard from Expect Miracles with Dr. Kevin Pecca